A little over a week ago, I was playing the latest worfc-beta, and I realized that I had developed tons of infrastructure, but not really fleshed-out much of what makes the game fun, so my beta-testers were stuck with something that was, basically, just a “different kind of grind.”

Beta 1.3 represents a decent push in that direction.  I didn’t get all the way through everything I had planned because (a) I have an awful lot of plans! and (b) I lost several solid programming days to fixing bugs and some actual paying client work.

Anyway, the next couple of weeks will be expanding content and adding yet-more-fun, so I’m very excited about that.

A big THANK YOU to everyone who helped test the early Betas and get things to the point where it’s actually pretty playable.

Which reminds me: We’re still looking for more beta testers!  The gig is still mostly testing, but it’s getting to the point where things are playable and at least a moderate amount of fun, with more fun coming every week.

If you’re interested, or know someone who is, please check out how to sign-up on our forums.

After finally working through all of the weird “blocks game-play” bugs in the early Beta releases (thanks, RKDA!), I finally got to get back to upgrading the UI, cleaning up content, etc.

One kind of fun thing I added in response to a user-request was a tool-tip alike for the inventory drawers to help differentiate the similar looking items.

I also did a fairly big refactor wherein I removed all of the buttons from objects and replaced with the tap-gesture recognizer.  The end result is very similar to the user, but using gesture recognizers makes it easier to differentiate things like tap and long-press.  The refactor went fairly smoothly, though I briefly had a bug where you couldn’t select anything from inventory; all fixed, now!

Now that we’re in Beta — meaning “all functionality is in-game and accessible”, there isn’t much in the way of new features.  Tool-tips was sort of an exception, but most of the work now-a-days is either reactive — fixing bugs reported by Beta testers — or code-cleanup, content updates/fixes, etc.

I’ve added better logging and more error checking (I’m a big fan of having code that is overly-paranoid and checks for things that are never supposed to happen.  🙂 ), but I guess the big thrust now is to wrap-up the content and tweak all of the cosmetics.

Public Beta is ON!!!

World of RoboFarmCraft v0.1.0(1080) went live, today, and is ready for your scrutiny.  We actually met the Beta criteria — all functionality is in-game and no known bugs block access to any functionality (there are bugs, and missing/placeholder content) — last week, but held-off with the public beta for another week so we could make a few things a little nicer.

And I have to say I’m pretty proud of this build.  🙂

Please tell your friends about Public Beta.  I’m hoping to get a couple hundred testers.  Details can be found on our forums. 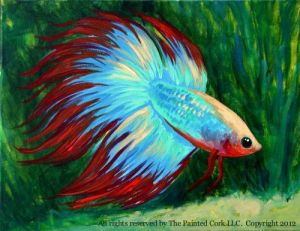 Over the next few weeks, we’ll be upgrading content, balancing the game parameters, making the UI better and fixing any bugs reported by Beta testers.

We Need Your Bug Reports!  (Also your suggestions and commentary.)

Only You Can make WoRFC Awesome.