I’ve been working on Crew Messaging — a sort of pared-down “chat” system — but the QA group keeps distracting me with bugs they want fixed. 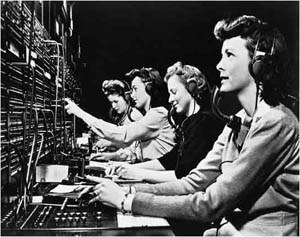 As it turns out, messaging isn’t terribly complicated, technically; users post a message to the crew, which is saved in the database, then any crew member can get the most-recent X-number of crew-messages, and scroll back through the conversation, if desired.  The tricky bits all have to do with the UX — how many messages to load at a time, what the user-experience is if they’ve scrolled back through the conversation when new messages arrive, etc.

For now, I’m thinking that the messaging system will get fairly light use, so we’re doing 20 at a time, though that number is a simple constant that can be adjusted, as needed.  Because WoRFC crews are probably not interacting in real time, I’m anticipating that the messaging system’s most common use-case will be to leave tweet-sized messages — virtual “sticky-notes” — for other members of the guild.  Perhaps suggestions for which crew-bonuses to buy using the crew treasury, or similar.

Anyway, it’s coming along.  Again, it’s not technically difficult, I just have to sort out all the UX, plus fixing all the bugs.

Speaking of bugs, one kind of cool thing I’ve noticed lately is that the bugs we’re seeing are a lot more esoteric.  According to analytics, the shipping game rarely crashes (months between, though the dev version sometimes interrupts the streak), and the bugs we’re finding are difficult to reproduce, rare, obscure items that are hardly ever seen, don’t damage the farm/user-data, and have simple workarounds.

While I’d love to get to where things are bug-free, the current state makes me pretty happy.  🙂

Ok, I better get back to it.  Message you soon!